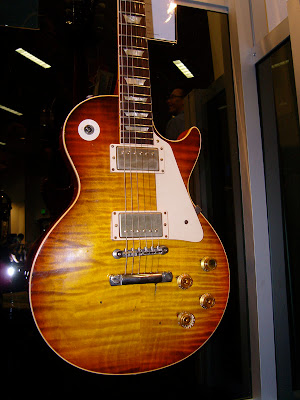 The first stop for us each year at NAMM is upstairs where Fender and Gibson set up shop. We started with Gibson, who this year had a much larger room than last year which made for much easier viewing of the new stuff. Let’s just get this out of the way: our favorite guitar in the room was this killer Michael Bloomfield Les Paul (above). Wow! A lot of attention in ’09 will be paid to the 50th Anniversary 1959 Les Paul Reissues, which feature the first comprehensive revision to the specs (over 20 changes) since 2003: 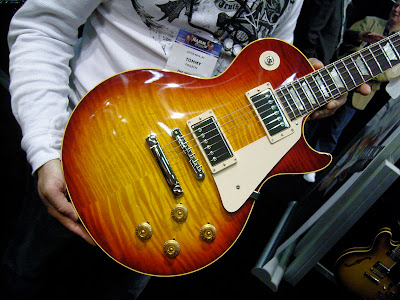 The new ’59s will be very limited, in both numbers and color. Only Cherry Sunburst and Dark Burst will be offered. We played a bunch at the booth and they feel great. They really were sweating the details to make this the most accurate reissue Les Paul they have ever produced. The soft V to the neck felt great, and, we didn’t get to plug them in but we hear that the taper of the pots is finally just right. Contact us for a complete list of the updates to the entire Historic Les Paul line. 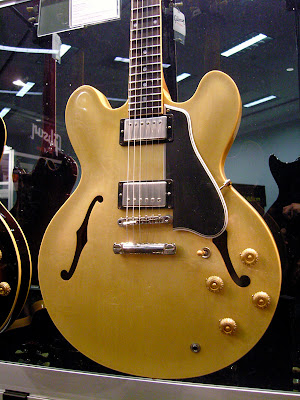 And a Trini Lopez (with the trapeze tailpiece): 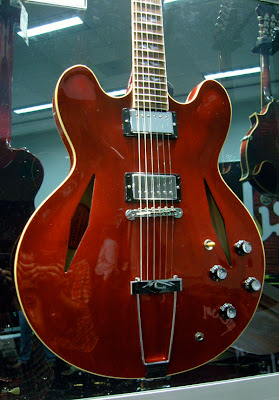 Another very cool Les Paul coming this year are the new ’54 Oxblood Jeff Beck Les Pauls. They will be in both Signed/Replica and VOS trim, and the signed versions are coming back from London very soon, we hear. We’ll have them! Have a look at the top-line replica on display in the booth: 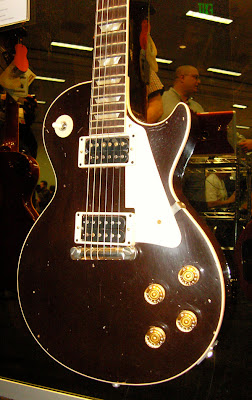 Gibson spared no expense setting up a lavish interactive display for the Dark Fire Les Paul. The Dark Fire is essentially the second generation Robot Guitar, a self-tuning guitar that can store and instantly achieve alternate tunings. We spent a little time running one through it’s paces, and we had a lot of fun. It’s pretty cool to watch it instantly tune itself into an open G tuning, and then to dropped open D, and then… The Dark Fire: 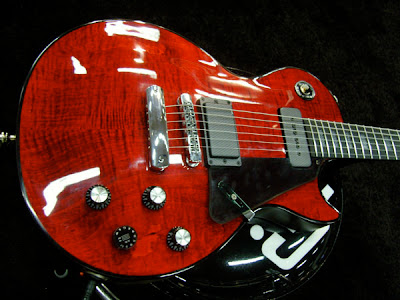 Gibson Montana was showing in full force, with some cool signature guitars like this Elvis Costello: 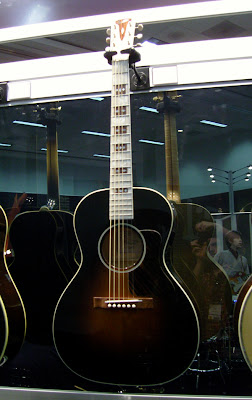 Check out the mother-of-pearl fingerboard: 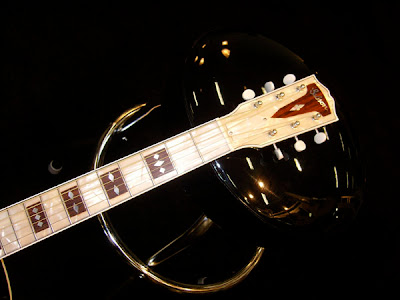 The acoustic Gibson that flat knocked us out was this 1942 J-45 Legend Special, a NAMM-only Special we’ll be getting. It’s made with hide glue just like the good ol’ days, and sounded like a cannon going off: 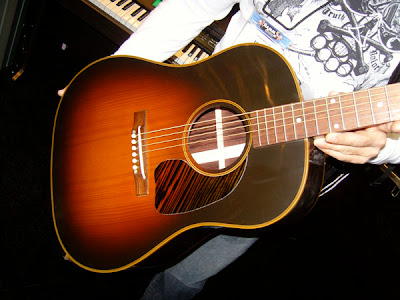